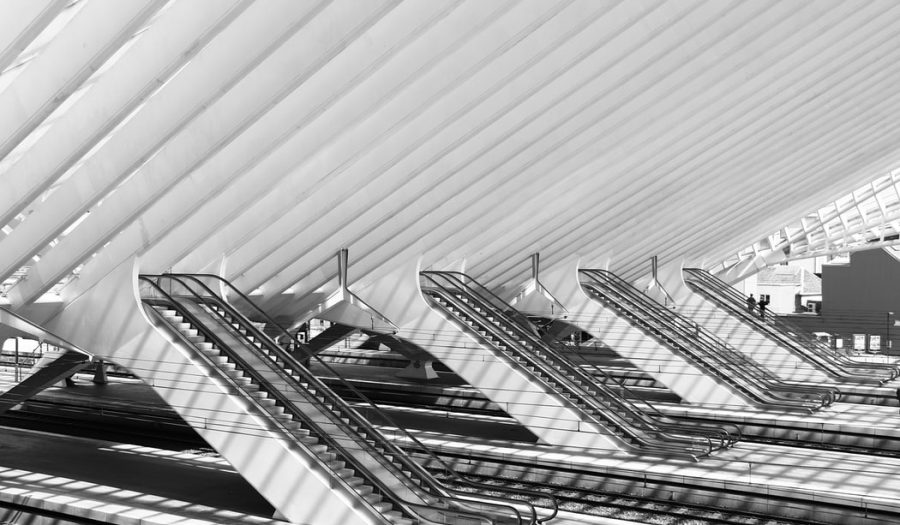 Let’s admit it- we have all thought about it. Are escalators stairs? Is there really a major difference between escalators and stairs? In this piece, we set out on a journey to debunk several myths that surround these two great inventions and really help our users draw a conclusion to this ever-bugging question of escalators, stairs, and their dicey relationship.

So for starters, let us take a look at some factors that could make escalators just moving stairs.

Like stairs, escalators serve to take people from point A to an elevated point B. It is basically a mode of reaching a higher level ground from a lower level ground. This makes it so similar to stairs. Despite the fact that there are slight differences, escalators actually perform the exact same function as stairs.

The technology of escalators is just a slightly improved version of stairs. Basically, both of them have the same underlying science and school of thought. It is just about using small steps to help move users from lower ground to a higher ground. Despite the different intricacies that make the escalators different from the stairs, the two are basically just the same when it comes to how they operate and their end goal. In fact, oftentimes, an escalator can temporarily be labeled as a staircase when some different improvements and iterations are being made.

On the flip side, there are some pronounced differences between stairs and escalators that make them stand out from each other as well.

Escalators have very often been called ‘moving stairs’ because of the technology that comes with it. Unlike stairs that are steps that are architecturally designed to help in vertical movement, elevators are machine-driven steps that take you up the flight. There is an underlying technology of conveyor belt that assists in rotating the steps of an escalator. The rotating chain assembly of the escalator therefore effectively moves very many people at a very good speed through a short elevated distance.

Escalators do not require human input at all. All you have to do is get yourself on the first step then wait for the escalator to take you up. Stairs, on the other hand, are stagnant steps and you, therefore, have to make your way up the flight of stairs. This will require a lot of human input and is often better for a shorter number of steps because of the energy actually required to go up the flight. So, as you sweat and pant while going up a flight of stairs, you will ride your way up to a higher storey when you are on an escalator.

Variations exist but functionalities are the same. You could call stairs stagnant elevators, or you can call elevators moving stairs. One of America’s funny men Mitch Hedberg once said ”An escalator can never break, it can only become stairs. You would never see an ‘Escalator Temporarily Out Of Order’ sign, just ‘Escalator Temporarily Stairs’. Sorry for the convenience. We apologize for the fact that you can still get up there” As much as this might be quoted as a very funny joke, it has some level of truth that is both disputable and can be embraced in its fullness. There is really no conclusive deduction here, it simply depends on you as an individual. What do you think? Are escalators just moving stairs? Over and above everything, these are technologies that have caused several accidents so while using them, take extra caution!

© 2019 All Rights Reserved. Developed by DnaStair