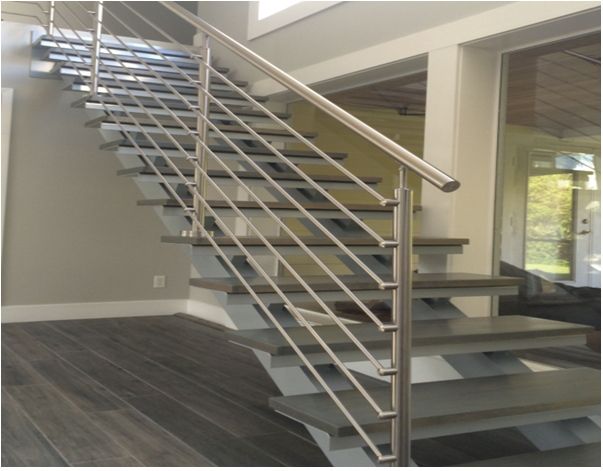 We have seen them, we have loved them and we have even visited them. They might be coincidental or pure intention, but the staircases in these movies have lived in our hearts just as the movies have done. Some are supernatural, some are just unique forms of art while some are just downright memorable. Let’s have a look at staircases that Holywood made us remember for a very long time. It’s vital to warn you of spoilers ahead for any reader who has not watched these masterpieces!

This 2019 version of the famous DC Villain was beautifully portrayed by actor Joaquin Phoenix. So perfectly was this role done by Joaquin that it won him an Oscar for Best Lead. But that is not even the most memorable aspect of the film. In the movie, Joker is often seen going up and down the flight. But at the climax of the film, just after Joker kills some ‘friends’ of his in his apartment, he goes dancing down a flight of stairs. This 3-minute scene is so memorable that these stairs have become a phenomenon across many fans of the film. Located in the Bronx, New York City, The Joker Stairs have been visited by Joker fans from all over the world.

Kevin McCallister is one of the most famous movie characters of all time. In the famous blockbuster Home Alone, after he is left home alone while his family goes for a trip to Florida, he is seen sliding down the famous staircases. In the sequel, the ultimate battle royale is had at the staircase as Kevin sends cans of paint down the staircase to meet with the two thieves. This staircase has become so iconic in the home alone universe attaching itself to the film across multiple sequels.

Now when you want to talk about supernatural staircases, you cannot fail to mention the famous ones from Harry Potter: The Grand Staircase of Hogwarts. This staircase has an entire consciousness of its own as it assists professors and students to move throughout the institution. Well, we all do love and take care of our staircases but I’m pretty sure we would be quite scared if suddenly our staircases became ‘alive’. This uniqueness of this staircase has made it iconic in the entire Holywood film fraternity.

Now that we are talking about supernatural staircases, we cannot fail to mention the never-ending staircases of 2008’s Inception. We all know the magic that is Christopher Nolan’s filmmaking. Referred to as The Penrose Stairs, these staircases sort of ‘multiply’ and ‘turn into themselves’ effectively never-ending. This staircase has become so crucial in Hollywood and the world over, that there are some technologists and architects trying to figure out how they can be designed.

Nothing revolutionary can be mentioned in Hollywood without James Cameron’s name. I mean, who still does not recognize the most specific and detailed yet highest-grossing filmmaker in Hollywood? Titanic was phenomenal and it cannot be mentioned without remembering The Grand Staircase of the RMS Titanic. This staircase was so grand that it is said to have inflated Titanis’s budget by a big chunk to recreate to Cameron’s specification. It is so significant throughout the film serving relevant purposes in almost all scenes with a deep thematic undertone.

As staircase lovers, we all notice beautiful or unique staircases wherever we go. Who knew Hollywood would impact the staircase universe in such a deep manner? One day, just one day maybe, there will be a film that will bring all staircases from different universes into one film. Now that will be a blockbuster to watch out for.

© 2019 All Rights Reserved. Developed by DnaStair